Empier Entertainment and The Cleveland Browns

Empier Entertainment has hit another milestone with this one. A couple weeks ago, Docman and Blake Jackson ink’d an agreement for Blake to promote the Empier Nike Shirt. Blake is a Wide Receiver for The Cleveland Browns. If you use the code bjack12, you’ll get an additional 10% off of your purchase of an Empier Nike Shirt. Purchase here #ClevelandBrowns #Docman #Leverage #BlakeJackson

Almost time for the Darkside

Earlier this year, Docman released Kill the Bizarre PRIDE 4 U, a 5-track EP highlighting the struggles between music beef and relationship problems. It was his first release since REVENGE back in March of 2017. This time around, he's with all the smoke. His new EP is titled after artist that he has had problems with in the past. Chris Landry just released an EP called Sacrifices; that is the title of this EP's first track. 27 is a failed release from Lo Squared, Vasi is the

Check out the new look!

Docman has made changes to his website. At first it was all white with a simple layout. Now, it’ all black to fit the theme of his project. Go to the site and check out some videos, music, and shows Go to empierdoc.com to check out the website. #docman #website

This past Saturday (1/27/18), Docman released his new EP called Kill the Bizarre PRIDE 4 U. The 5-track project was an introductory into what Docman has planned for 2018. Docman has released two videos for the project; the Bizarre and PRIDE. The Bizarre is about Docman’s past relationship interfering with his current one. The video is directed by Galexy M83i. The video features an appearance from Chinnk (@_chinnkk_). The video is currently sitting at 8k views. Shot and Direct

Kill the Bizarre PRIDE 4 U is another chapter from Docman’s roller coaster life. From dealing with unfaithful choices to dealing with enemies, this project puts you right there. The 5-track EP is an introductory into what the “love hate thing” rapper plans to bring this year. Last year, Docman only released one project called REVENGE. It featured tracks with Lil Rarri and Doeman. The EP gained some traction, but due to personal reasons, Docman wasn’t able to follow up on it. 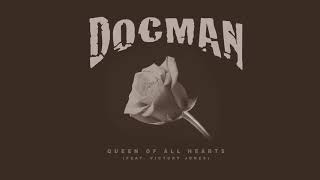 Be The Queen of All Hearts

Docman is back in action with his new single Queen of All Hearts (feat. Victroy Jones). The track is about a time when Docman was forced to choose between his relationship or music. In the song, Docman uses a woman as the metaphor for music. Docman and this woman have been friend since they were younger, so the relationship they have is hard for anybody to compete with. He gets into a serious situation down the road with another woman and she doesn't understand the relationsh

It is that time again! Time for each member of Empier Entertainment to release some new material. This week is for every artist on the label to cross promote with each other’s fan bases. This Empier Week will be slightly new. Docman will be performing with 2 Chainz Friday and Empier will drop the official video to their single, Stiff, Saturday. The first Empier week showed heightened results when it came to fan reach and engagement. With releases from everyone and constant pr

After building a buzz on the single Stiff, Empier decided to drop a music video. The video is a mini movie-music video that is inspired by Belly’s intro. In the video Docman and Empier Ent kill Sedne Lacy. Sedne Lacy is the sister of the opposing family. Sedne decides to go to the party and realizes it was a mistake. She gets set up by Docman. They lure her into a private room and kill her. This video adds fuel to the Docman vs Everybody fire. Taking shots at Jay Shalé and Se

Everything always starts out great. Dope records are made and friendships are created. This is the case for Jay Shalé and Sedne Lacy when it comes to Empier. Docman gave Jay Shalé the opportunity to make an impact in the music industry. He taught her a lot of the basics every artist needs to know to be successful. The relationship they built was so strong to where they worked a record deal between the two. In 2015, they released her debut ep entitled More Than Love. The EP wa
1
234